Studying at universities in the Philippines(cebu) Part 1 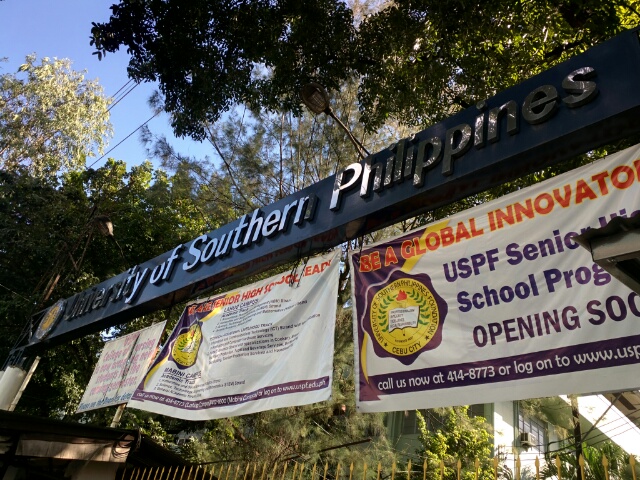 My love to USPF was such one side. I acquired USP ESL from a previous owner in 2015(March). Although I owned a different ESL school at that time, USP ESL looked very attractive to me because it had an affiliation with USPF(University of Southern Philippines Foundation). The relationship between previous owner and the previous president were so bad that my first job was fixing the relationship. After considering carefully, I made an idea to study there and have better relationship with them. But which course should I study? Interestingly, two of teachers(one was a head master) were studying at law school because it has an evening class. I decided to apply to Law school of USPF.

Being a lawyer in the Philippines

Studying at law school might not be good for foreigners because only Filipinos can take a bar exam after finishing law school. However, if we are naturalized to Filipinos from different nationalities, we would be able to have a right to be a lawyer here. I already researched above and thought it would be okay for me because being a Filipino could be good to me. There are very few Japanese who are naturalized to Filipino here. Mostly, after retiring or for being a doctor.

I had a strong confidence that I would pass a bar exam(No reason). I went to a national book store and bought the textbook of constitutional law. It was an amazing experience that I could finish reading the whole book only in 3 days.(spending 20 hours…..) I wanted to be a businessman(dream comes true). I wanted to be a doctor(maybe next). I wanted to be a lawyer(maybe soon). My mind was full of law school…..

Something wrong was my application process for Law school of USPF

I had MBA degree of Top Business school in the world and I survived a very competitive entrance exam in Japan. There was no reason that the Law school would decline my application, I thought. Besides, I was an owner of USP ESL which had a partnership of USPF. Yes, their faculties were welcome to me and they promised that they would accept me soon but it was only before they were advised by the dean of Law school. Actually, the dean had a good relationship with the previous president. I guess they already decided to kick us out from the partnership and they were not welcome to me. My big love was ended…

I am a type of person who are difficult to give up. Our attorney is a USC Law School graduate and has a friendship of the dean of USC Law School. He introduced her to me and she told me that they would be very welcome to foreigners who want to study law here. I was going to take their entrance exam but I did not take it because my reason why I wanted to study here was gone.

It is true that USC has one of top law schools in the Philippines but my motivation was gone and I stopped considering to study at university here because I needed to turn around our school after our affiliation being terminated by USPF. Honestly speaking, the ranking did not matter. I really wanted to study at Law school of USPF and have better relationship with the previous president.

In conclusion, my mistake was that I would be confused about business or school. My lover(USPF not a previous president…she is 80s) might have penetrated my idea.